FOMA is governed by a volunteer Board of Directors who work to support the Refuge. The Board meets each month to receive updates from Refuge staff and decide how best to support current needs. The Board has a wealth of experience in history, wildlife biology, invasive species, refuge management, nonprofit organization, eco-tourism, education, law, and information technology. The key common denominator? A personal connection to and passion for Midway Atoll National Wildlife Refuge. Wayne is the director of international travel for the Oceanic Society. He lived on Midway Atoll NWR for 4 years as a researcher for NMFS and USFWS and also guided ecotourist and volunteer research programs for the Oceanic Society. He continues to guide educational travel programs to islands in the Indian and Pacific Oceans. Wayne teaches undergraduate field ecology in Laikipia, Kenya. He received his Master’s degree from Harvard University in Environmental Management & Sustainability. Wayne was present at the formation of FOMA on Midway Atoll in 1999 and joined the Board in 2013. Helen’s interest in Midway came from listening to tales of the island from her father, who was a communications officer during the Battle of Midway. Following an initial visit in 2001, her connection to the atoll’s history and wildlife deepened. Helen has been an early and steadfast FOMA member and joined the FOMA Board in 2016. When she’s not volunteering on wildlife and environment projects with organizations like Earthwatch, she continues a 45-year career focused on creating healthy environments in urban centers in the US and abroad.

Jon d’Alessioʻs 30+ years of financial management experience, along with management and law degrees from Stanford University and extensive service on nonprofit boards, made him a logical successor to the role of FOMA Treasurer. His observational skills as a wildlife photographer have heightened his sensitivity to vanishing habitats for native species, and a 2009 trip to Midway left a lasting impression on this inveterate traveler. Jon says, “Although the ocean is vast, its capability for absorbing mankind’s activity is not limitless. Even Midway, miles from civilization, is impacted by what we humans do.” Jon joined the FOMA board in 2016. 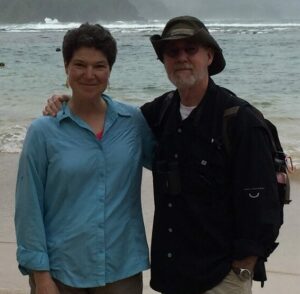 Jean spent most of her career researching, writing and designing interpretive exhibits for the U.S. Fish and Wildlife Service’s National Wildlife Refuge System – for whom she taught these topics nationally and internationally. She also worked at the Institute for American Indian Studies, CT; the Portland Art Museum, OR; the City of Gresham, OR; and for The Murray Bowen Archives Project. She has illustrated several books, including George Schaller’s Stones of Silence. Jean joined the FOMA board in 2020. Rob was the chief of the Division of Refuges from 1991 to 1997. He was the Midway Atoll NWR refuge manager from 1997 to 2000, during which time he helped kickstart the Friends of Midway Atoll. His book Hawaiian Birds of the Sea features birds from Midway. He was the program manager for The Nature Conservancy for the island of Hawai‘i and remains active with a number of other conservation organizations including several other Friends groups. He has followed the progress of conservation projects at Midway Atoll NWR ever since its founding and joined the FOMA Board in 2011. 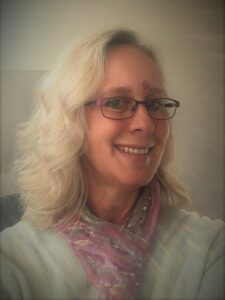 Heidi has been passionate about Midway since she first set foot there May 1993 as a M.Sc. candidate studying plastics ingestion and toxicology in Laysan and black-footed albatrosses. After graduating, she continued there another year as a biologist for the same EPA-funded study. After this, she volunteered for the USFWS on Midway. She then had concurrent jobs as a monk seal biologist for Hawaii Wildlife Fund and an expedition leader for Oceanic Society. Wishing to stay on Midway, she accepted jobs working for Midway Phoenix Corporation in hospitality and later as the Academic Programs Manager. Heidi finally left in 2000 but abandoned a huge part of her soul there. She was fortunate to return in 2007 to volunteer five weeks as part of the FOMA “Pulling Together Initiative” Verbesina encelioides eradication program.

Midway memories continue to inspire Heidi. Although she has published many journal articles on my research there, she felt that the ecological message was not reaching the necessary audience. This compelled her to write Garbage Guts, a children’s book that engages and inspires young environmentalists. Education and outreach are her driving motivation and what fuels her passion. As an Adjunct Lecturer at the University of Tasmania’s Institute for Marine and Antarctic Studies, Heidi continues to mentor M.Sc. and Ph.D. candidates on marine debris in seabirds, on other isolated islands, and even in Antarctic sea ice. Heidi joined the FOMA board in 2020. 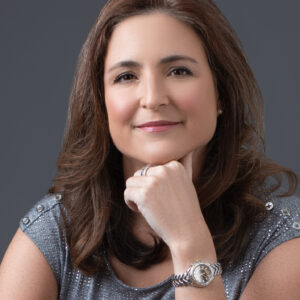 Jennifer was one of twelve lucky souls selected for a ten-day experiential leadership program on Midway Atoll NWR in 2010, Papahānaumokuākea ‘Ahahui Alaka‘i. Two years later, she left her faculty position at Hawai‘i Sea Grant to launch a boutique consultancy specializing in cause-driven communications. She enjoyed the great privilege of serving as a member of the global steering committee for the IUCN’s Commission on Education and Communication in the lead-up to the 2016 World Conservation Conference, the first (and only) time the quadrennial gathering was hosted in the United States. Born and raised in Honolulu, she holds graduate degrees from the Shidler College of Business at the University of Hawai‘i and the Nicholas School of the Environment at Duke University. Jennifer joined the FOMA board in 2020. Ann received her B.S. in natural resources management from the University of Tennessee. She served 26 years as a visitor services manager with USFWS, including 22 years in the Pacific, where she developed comprehensive education projects focused on the Northwest Hawaiian Islands, and worked in close collaboration with the Papahānaumokuākea Marine National Monument. Ann played a key role in coordinating the 70th Battle of Midway commemoration, during which time she developed (and maintains) close connections to WWII veterans and their families. Ann joined the FOMA Board in 2016. She is an avid paddler and still holds the unofficial title of Wisdom’s “press secretary.” Barry’s interest in wildlife management manifested in two degrees: a Bachelor’s of Science from Humboldt State University and a Master’s from the University of Maine. He worked from Maine to Midway as a Refuge Manager with the U.S. Fish and Wildlife Service, but considers his three years on the atoll (2005-2008) as the “pinnacle” of his long career. Since retiring, Barry has stayed involved in Hawaii wildlife issues by serving on the board of the Kure Conservancy and volunteering with Hakalau Forest NWR. At home in Minnesota, he is active with two other nonprofit groups. Barry joined the FOMA Board in 2016. 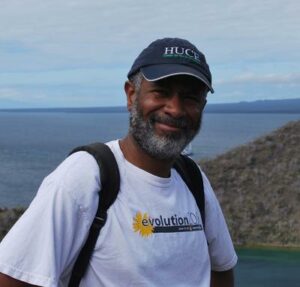 Scott is a scientist with broad interests in the evolution of life on earth and the processes that have generated biodiversity. He mostly uses birds as models to study patterns of speciation, biogeography, evolution of the genome, and the process of adaptation. This work has exposed his lab to a wide range of questions, from the evolution of immune genes and disease resistance to how best to reconstruct the tree of life. Scott is the Alexander Agassiz Professor of Zoology and Curator of Ornithology in the Museum of Comparative Zoology at Harvard University. He came to Harvard in December 2003 after serving as a faculty for 9 years in the Zoology Department and the Burke Museum at the University of Washington, Seattle. Scott joined the FOMA Board in 2020. Wieteke is a Ph.D. student at the University of Tennessee – Knoxville, where she is continuing her research about the ecological impacts of invasive house mice on Midway Atoll NWR and global impacts of mice on islands. In collaboration with the U.S. Fish and Wildlife Service and the non-profit organization Island Conservation, Wieteke studies invasive mouse diet on Midway via eDNA metabarcoding and stable isotope analysis. She also helps on other Midway-related research projects, including terrestrial arthropod monitoring and Laysan Duck diet analysis. Wieteke has spent considerable time on Midway as a USFWS volunteer with the Biological Program and later as an AmeriCorps Member through Kupu, aiding with the Refuge’s invasive plant species management program. As a board member with FOMA, Wieteke is passionate about sharing the science and research efforts from Midway and connecting the public to this wonderful and unique atoll system. Wieteke joined the FOMA board in 2015. As a “military brat,” Mike experienced the magic of remote island living on Kwajalein Atoll (Marshall Islands). He transited Midway as a dependent and later with the Marine Corps. He obtained a BA from Villanova University and an MBA at Georgia State University in project management and computer information systems. His military training included naval flight command and aircraft carrier operations. Mike was one of the first paying customers at Midway when it opened to commercial tours and joined the Board in 2000, adding his skills as an IT professional to the mix. He is a PADI dive instructor and works with a small nonprofit to care for rescued parrots. 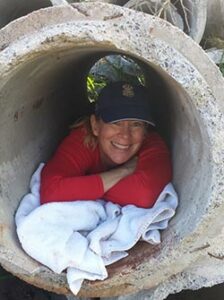 Alyssa has served as senior planner and evaluator for Papahānaumokuākea Marine National Monument (PMNM) since 2011. She is familiar with the natural, cultural, and historic resources of PMNM and their management, and has been actively involved in monument initiatives for education, outreach and constituency building. Alyssa earned her B.S. degree in natural resource planning and interpretation from Humboldt State University, as well as a Master of Urban & Regional Planning degree and Ph.D. in geography from the University of Hawai‘i. As an environmental planner and community organizer, she has worked on a variety of place-based and community conservation initiatives for marine and coastal areas in Hawai‘i. She serves on the boards of several non-profit organizations, and provides leadership for two Hawai‘i not-for-profit organizations. Chief roles in these organizations include their establishment, long-range planning, evaluation, and the development of programs for environmental and cultural stewardship and education. Alyssa joined the FOMA Board in 2020.